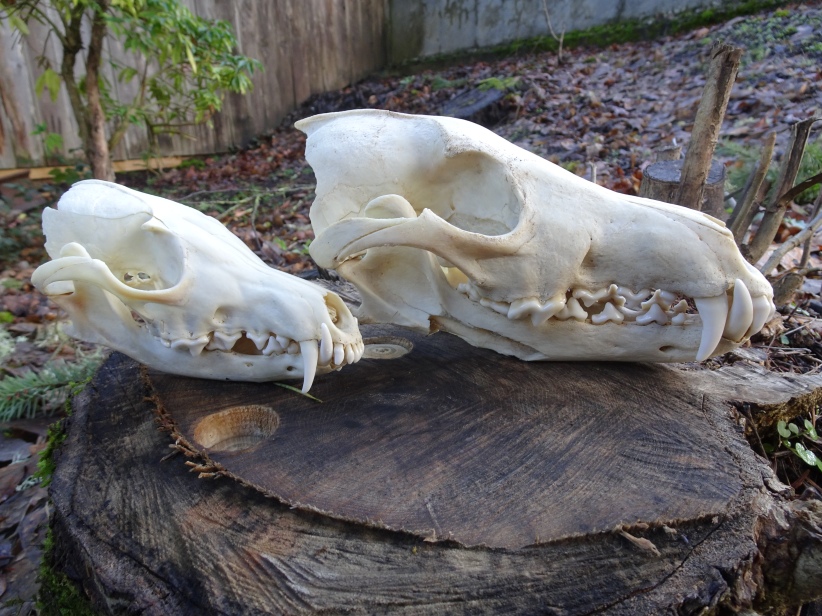 A male fox is called a todd and females are called vixen.  A group of foxes is a “skulk.”  Foxes have whiskers on their legs as well as their muzzles to help them find their way, and they have been known to climb trees.  They catch small rodents with a characteristic high pounce.  This technique is one of the first things cubs learn as they begin to hunt.  A fox’s den, normally an underground burrow, is also known as an “earth.” 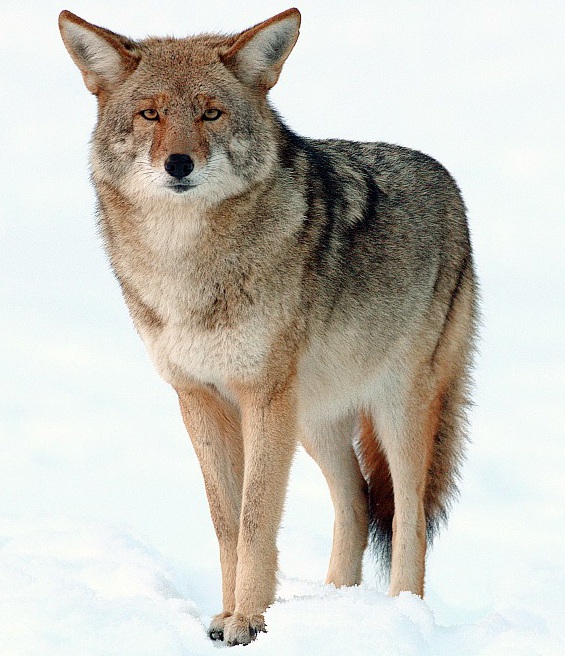 I also lost some of the fox’s lower front teeth in the move.  I’m guessing the fox was a todd (I was too busy swinging a hammer to check), because those canines are huge – they’re nearly as long as the ‘yote’s, but the skull is a third the size.  The fox also lost a lower premolar at some time in his life, which healed but left a gap in his teeth on the right side.  It’s cool.